Pictured, me listening to 4:44 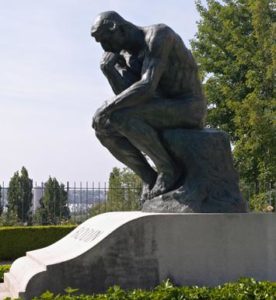 4:44 is a diary entry and a great piece of social commentary. The jury is still out on if it’s a good listen. Jay went in an interesting direction with the music, using it as a jumping point for detailed and cinematic videos with hard-to-pinpoint storylines. I’m not exactly sure how the eleven minute video for Legacy relates to the 2:57 song that shares its name. The connection is clearer in Smile, a song that skips from discussing his mother’s sexuality to blood diamonds, jealousy, and therapy – a busy track to say the least.

The other songs on the album feel more like part of Jay’s project to give his listeners’ game at $9.99 than tracks to vibe to. Moonlight is a lamentation on the state of hip-hop and a brilliant reference to the film Moonlight’s accidental, awards snubbing. But as a song? I don’t think it’s good. I like listening to “Family Feud,” though.

I rarely find myself in a situation where I like the concept of a thing but not the execution, yet here I am. Listening to 4:44 feels like a psychology professor who reads straight off the slides in class. 4:44 is the hip-hop equivalent of math rock. Before calling me crazy, relisten to Kill Jay Z. Can you honestly tell me it doesn’t feel like this?

Replayability – Don’t look for it here. Now, as discussed earlier, “Family Feud” is the shit, but one fire song does not an album make. Quite frankly, I’m chalking this track’s success up to Queen Bey’s vocals.