Samples are what ignited my interest in the behind-the-scenes world of musical composition. The way vocals and instruments can be arranged to create an evolved sound is so magical. Here’s a list of the producers and soulful samples turned me into a sample aficionado.

The first song that had me searching for the sampled tune and producer was Jadakiss ft. Style P’s We Gonna Make It. The way the horns build up the strings at the beginning is masterful!  I especially love that it samples the bridge of Samuel Jonathan Johnson’s My Music, a riveting climax to an otherwise smooth song. I wouldn’t have come across the original without the sample. Exceptional crate digging!

Before looking into J Dilla as a producer, I had listened to Erkyah Badu’s Didn’t Cha Know numerous times before searching for its sample. That song, Dreamflower, is from Tarika Blue, a jazz fusion band from the 70s that only released two albums. “Dreamflower” is now one of my favorite jazz songs.

Another favorite J Dilla discoverie is Q-Tip’s  Let’s Ride. The collective sample of Joe Pass’ version of Giant Steps and the initial breakbeat of The Vibrettes’ Humpty Dump, along with some driving bass is excellent. Q-Tip’s whole Amplified album is a great production collaboration between Dilla and Q-Tip.

In the early 2000s, Kanye was mostly known as a producer and was only beginning to be recognized as lyricist. I enjoyed his production during that period, as he often utilized soulful samples. One of my favorites is Mos Def’s Brown Sugar (Fine) off the Brown Sugar soundtrack. The song loops a sample of Norman Connors’ Invitation. The bass perfectly accentuates the vibe and Mos Def’s smooth flow. 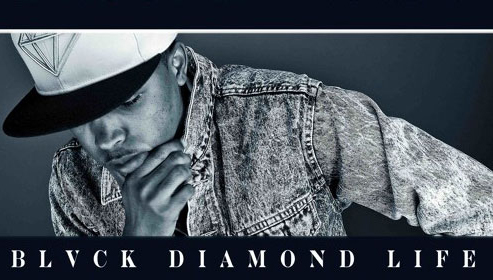 I came across Droop-E’s BLVCK Diamond because he makes heavy use of Sade, one of my favorite artists, and because I was interested in how E-40’s son would curate samples.  The last track on the mix, Dreams is such a classic. The way he flips “I Will Be Your Friend” is simply spectacular! It’s such a groove. The mixtape has strong production throughout and it increased my appreciation for Sade’s songs War of the Hearts (sampled in I’m Loaded) and Like A Tattoo (same title).

9th Wonder’s samples have a reminiscent vibe, as if his production is tries to belong to a previous decade, and this vibe makes me feel more connected to music. His song Sunday feels like a track for a cookout playlist in the 90s. The strings he loops are from Michael Jackson’s Wings of My Love, a track from his solo debut Got To Be There. “Wings of My Love” was originally produced by The Corporation, a record production team lead by Berry Gordy that created multiple Jackson 5 hit songs.

I first became familiar with Salaam Remi through his production of Jazmine Sullivan. Remi really showed out on Jazmine Sullivan’s Bust Ya Windows. He actually went to Prague to record an orchestra for the initial sound, which he later turned it into Bad Man Waltz before sampling it for this R&B song! Now that’s the mark of a producer who is passionate about his craft. Sullivan’s Lions, Tigers, & Bears is another quality production that encompasses Remi’s Sheila’s Playground. 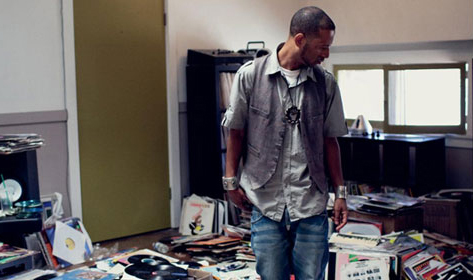 Madlib is another producer who often relies on obscure soul tracks. He draws influence from J Dilla and salutes him on Beat Konducta Vol. 5-6: Tribute to J Dilla. The intro track For My Mans, off the album is a staple. Madlib excellently splices multiple parts of Don Blackman’s repeated chorus in Since You Been Away So Long. Researching this sample first introduced me to Blackman, a well-rounded soul artist who released two R&B albums and collaborated with many musicians.

I also appreciate my introduction to The Stylistics’ cover of United (originally by The Intruders) through Madlib’s sampling in the track That’s The Way It’s Gonna Be. Madlib flipped this into a stepper’s groove (Really, I discovered this instrumental through a stepping mix)! Spice Adams shares my admiration of Madlib too.

World’s End Rhapsody is an epic instrumental. The Quadraphonics’ Betcha If You Check It Out is sampled and Nujabes’ arrangement shifts the narrative in a beautiful way. The title fits the track perfectly, as it feels like melancholy celebration. Betcha is actually a cover of Velvet’s Bet You If you Ask Around. Even more amazing, The Quadraphonics only released one 45 single and there is not much information about them on the internet at all. That’s crate digging AT IT’S BEST!