When this album was released in 2011, I was only familiar with the cheesy and catchy chorus of Young, Wild & Free, feat. Bruno Mars.  While the song was successful as a crossover, Top 40 single, reaching all the way to #7 on the Hot 100 in 2012, it turned me off to all their related endeavors at the time. 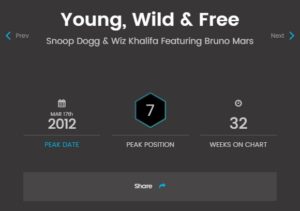 I was also uninterested in the album’s companion film because of its heavy focus on weed. Now I’m not completely intolerant to songs focused on getting high: D’Angelo’s Brown Sugar, Rick James’ Mary Jane, and Style P’s Good Times are classics! All these songs share a common thread though, a deep sense of soul.  So the expectations set by Young, Wild, & Free’s pursuit of crossover appeal dissuaded my interest.

Fortunately, this album was a contrast to my presumptions.

Rolling up grass, sold weed to half the staff, so I know I’m gonna pass
Third period, showing up last
With a late note blowin’ great smoke (laughs)
– Wiz Khalifa, 6:30

Contrary to the lead single, the soundtrack feels true to non-mainstream hip-hop and has a soulful feel. Hearing how well this album flowed together was a welcome surprise. I enjoyed the vocal delivery on every track and even though their flow differs in speed and style, Snoop and Wiz vibe off each other well. I’m sure they noticed this mutual energy in previous collaborations. The year before Mac & Devin, Wiz was featured on This Weed Iz Mine and Snoop was on a remix of Black & Yellow.

You paying for quantity, but quality is what you spend for
If there’s a marijuana-ology, I’ll be your mentor
– Wiz Khalifa, OG

As a soundtrack for a stoner fim, weed is expectedly at this album’s core. Some tracks focus on the quality of weed, others on the style of smoking. Outside this orbit, a few tracks lean more toward a high school mindset, like Let’s Go Study and World Class, with the former examining dating and the later staying true to yourself.

Time will pass me by if I don’t graduate this time so I expand my mind
Find ways, to elevate it, motivate it, calculate it, reinstate it
Look at you girl, you got me dedicated
– Snoop Dogg, Let’s Go Study

Outside of Curren$y on OG and a cameo from Don “Magic” Juan at the end of Talent Show, the duo only feature singers on their tracks. J.Black, Raheem DeVaughn, Mike Posner, and Latoiya Williams all deliver vocals I appreciate. J.Black and Raheem Devaughn both appear on the chorus of It Could Be Easy and I am very familiar with J.Black as he often collaborates and tours with one of my favorite singers, Teedra Moses. Mike Posner’s execution on the soleful chorus of French Inhale is excellent, despite most of his success coming from rhythmic pop. And Latoiya Williams’ voice makes  Get Lifted and Let’s Go Study two of my favorite tracks.

Between the multiple producers who influenced the sound and the group’s selection of great R&B samples, the production of Mac & Devin is top notch! By example, Wiz Khalifa’s common production team, ID Labs, used a great sample with Amnesty’s We Have Love on “OG”. “Let’s Go Study” and “French Inhale” were produced by Jake One and have such great vibes.  Jake One is quickly becoming one of my favorite producers through his work with Wale and as one half of the duo Tuxedo (the other half being Mayer Hawthorne). One last standout moment of production is Warren G’s contribution to “I Get Lifted”, which balances classic soul and modern driving beats.

Me and Snoop Dogg done created a masterpiece
Smoke all day and I’m making this cash
And we ’bout it ’bout it like Master P
– Wiz Khalifa, Smokin On

This album musicalized Snoop Dogg’s passing of the G-Funk legacy baton to Wiz Khalifa. Since this partnership, the two have continued to support each other on tracks like You and Your Friends (2014) and Oh Na Na (2016). They’ve toured together on The High Road Tour (and their show in Camden made the news when a railing fell) and even supported each other on TV. Excluding “Young, Wild & Free,” this album is worth listening to from start to finish without skipping. And though I haven’t seen the movie, I’m sure this soundtrack is better. 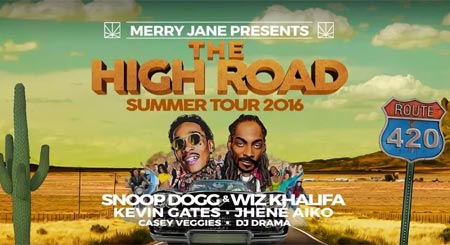